A GATHERING PLACE FOR IMMERSIVE NARRATIVE

Our films create a space for important personal and social stories to be told. Stories that help us to understand complex issues with greater clarity; that help to challenge perceptions about the problems that we face; films that illumine difficult issues through showing the experiences of those living through them; truthful stories that can help change people’s lives. The Gathering Ground also use film as a form of mediation allowing those with opposing views the opportunity to communicate and explore each other’s opinions and understanding. We work closely with those whose stories we tell, creating a sense of ownership and empowerment through the film making process.

Founders Lou Armitt and Antonio Ferrara are professional filmmakers who have 40 years combined experience working in criminal justice and with community issues, both nationally and internationally. The Gathering Ground has broad experience of working with vulnerable groups and in diverse communities – from prisoners and families; to foreign nationals in prison; to organ donation; age concern; interfaith groups and children with emotional and behavioural difficulties.

Inclusiveness,  equality and empathy with each other. We are non-judgmental and accepting of our difference.

We work collaboratively and inclusively with those whose stories we hope to put on film.

Belief in the potential of others

We show belief in people’s potential before they have proven themselves.  We help them recognise that their experiences are important and deserve to be heard.

We believe in host communication and in teamwork to find creative solutions to collaborative filmmaking, taking pride in creating products of high value. 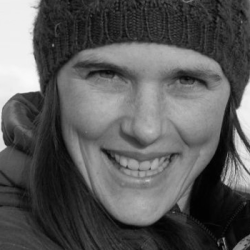 Being a filmmaker is a privilege I try hard not to forget. The opportunity to listen deeply to strangers, to share their stories and engage in the world is something I feel both humbled by and grateful for. To empower others to become engaged in the process of telling their own story and shaping it into something that inspires an audience is an even greater privilege.

Over the last 20 years I have worked with many extraordinary people both within broadcast and in the community, from offenders to children with emotional and behavioural difficulties, from the terminally ill to interfaith groups, from lawyers to women in the UN fighting for their human rights. Through these experiences I have learnt so much about the many shades of grey that compose our reality and how crafting stories to reflect the complexity of those shades, can be a powerful process that can help people engage with and hopefully find solutions to overcome the many challenges that we face as individuals and as a society.

One of my favourite quotes is by Hafiz (14th century Persian poet) who says:

Most speaking really says “I’m hungry to know you”

I hope that any films I am involved with create a hunger in others (as they do for me) to know the world a little better. 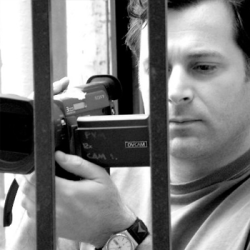 I became a filmmaker because I was interested in stories and because I wanted to understand who creates the stories that actually reach us and touch us in a deep way. I have always been particularly interested in the stories of ordinary people, as they seem to that have the most important things to say. Their stories often contain life-changing experiences and wisdom that I felt could have a lot of significance for the wider public. However I found through my career that I was not seeing these precious elements reflected in the stories that reached me. I found myself being drawn to what I felt was missing. Stories from the poor, from the disadvantaged, from those that lacked the skills or resources to reach out and tell their own stories, even if they had wanted to. Stories from people that we often ignore or who are the forgotten and invisible elements of society. Stories that, if collected and told in the right way, might help to change things for the better.

I have tried to be true to this aim as a professional filmmaker for over 20 years. First working as a filmmaker in the police service and then for over 16 years for The Prisons Video Trust with prisoners across the UK and Europe. In the process I have filmed in over 100 prisons in England, Wales, Scotland, Northern Ireland, Eire, Finland, Denmark, Sweden, Belgium, Greece and Russia.

Working with The Gathering Ground I feel excited to know that I will be working with organizations, communities and individuals to tell the stories that deserve to be heard and can lead to change.